“Please allow me to introduce myself,
I’m a man of wealth of taste.
I’ve been around for a long, long year
Stole many a man’s soul and faith.

Please to meet you
Hope you guess my name.
But what’s troubling you
Is the nature of my game…”

A belated Happy Halloween, everyone.  The above lyrics struck me as an oh-so-apropos chord this past week as we witnessed not only the increasingly schizophrenic nature of our football team but the curious tactics of our coach as it relates to team motivation. Trick or treat?  You never know what you’re going to get with this bunch. And what, exactly, is the nature of Kelly’s game? Damned if I know.

So am I suggesting that Brian Kelly is The Devil?  Maybe.  It was pointed out to me recently that lo those many years ago, a young Mr. Brunett was aspiring for a job as Apprentice Devil… with the intent (and I quote) “to work his way up the organization…”  (One can only assume he was successful. Once that boy sets his mind to something…)  And taking that one step further, the Kelly – Brunett parallels run well beyond sharing an unhealthy affection for Tommy Rees.  Consider this:

1.       Both have made Massachusetts a base of operation (three words:  Salem Witch Trials).
2.       Both have said things that often leave one baffled, occasionally angry and almost always a little nervous.
3.       Both have been known to unhinge in gruesome fashion (1989, Dubsdread  tee box #1, a broken driver shaft, a bruised buttocks)

I could go on.


Song of the Week
A live version of “Sympathy for the Devil”, an 8 minute time investment I believe well worth your while.  While perhaps not the best version musically, this performance has an appropriately surreal Halloween feel to it and it’s both impressive and instructive to see a bunch of genuinely old guys bringin’ it… doing what they love and (as we all know) getting extraordinarily well compensated for it.  Can you say ‘win win’?   Notre Dame should be so consistent in their performances.

But back to Halloween...

If Tommy Rees Went Trick or Treating, Who Would He Go As?

I have a couple ideas…

Now back to the Stones…

Last year some of you may recall that I felt strongly that Prophecy Was Foretold through the writings of Pink Floyd. While I still firmly hold this belief (especially the Comfortably Numb gospel), I believe now there’s more than one prophet. Witness Mick and Keith’s visions, in no particular order:

But on to the matters at hand – the Navy game – and this week deserves a particularly emphatic shout out to the Alumni Hall gang for inviting Lisa & I into their 8th Annual ‘Big Chill’ reunion.  (Truth be told, we walk away each year wondering if this isn’t how Jonestown got started, except with more expensive Kool-Aid…)

But that slight concern aside, a very public thanks to Brian, Mike & Mac, Kevin, John, Ken & Joan, Dan & Mo and Barb for thinking of us and including us in their 3 day bacchanal.

The Good…
·         What was most satisfying about this game was the complete lack of drama.  They just went out and executed a straightforward game plan, didn’t try to get too clever and won convincingly in a way that we haven’t seen – against an academy – this century.
·         Kudos to Diaco, great defensive effort. Apparently he did learn from last year’s debacle.
·         George Atkinson III.  He’s an almost assured 30 yard return every time and looks like he’s getting more comfortable every game.  Now if we could just get him up to speed on catching punts…
·         A nearly Turk-free game!
·         Jonas Gray. I say it every week but he just keeps getting better and better. This game was a statistical landmark for him and yet it seems clear he’s distanced himself, little by little, from Cierre as the true #1 RB.

The Bad...
·         I get why Kelly felt he had to play Crist – he embarrassed one of the team’s most popular players. Maybe the team really fractures if he doesn’t play him. Plus he’s one injury away from needing him to play significant minutes.  Maybe he was waiting for Tommy to get his requisite 2 turnovers in… but we were up by 30+ points for most of the 2nd half and you couldn’t find a couple series – or plays – to run Hendrix in?  Was his Air Force appearance merely about giving USC something extra to game plan around?
·         One of the most stinging criticisms I‘d imagine a player could receive is when a talent evaluator hits him w the “looks like Tarzan, plays like Jane” label.  Ouch.  But then I see Dan Fox (and his play) and I cannot shake a  different analogy:
Looks like Robert Plant and plays like him too.

·         Irrespective of whose fault it was, can we all agree that we wish NEVER to see that stupid backward pass / lateral play again?

If Saturday’s Game was a movie poster, it’d be… “The Simpsons Movie ”

"See Our Family.  And Feel Better About Yours."

Navy is… not good. Even by academy standards, I suspect.  So while they’re also making our country safe, if they can also make us feel better about our football team – what more could we ask of those fine lads?

Used in a sentence…  Notre Dame’s enigmatic, inconsistent performances have begun to cause young Terry to drink to a worrisome degree. 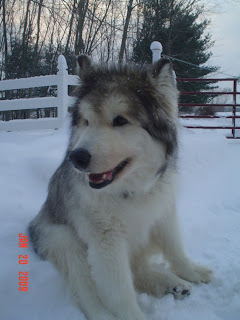 I sure hope I’m not making a mistake by yet again bypassing Manti – he had a dominant game – but I just feel like he’s got a truly transcendent game left in him this year (maybe vs. Stanford?).  And certainly Stephon Tuitt should deserve strong consideration – he was virtually unblockable for most the game.  But because of the nature (read complexity) of the WORDS CAN’T DESCRIBE HOW FREAKING IRRITATING the military academy option offense, I’m awarding the coveted BUDDY to the entire Defensive Line.  Navy’s fullback (who had a career game last year) didn’t do squat.  We finally figured out how to handle the pitch. And their o-line got so consistently pushed back that they weren’t able to execute their quasi-illegal (and totally dangerous) cut blocks that they’d get universally vilified for if for the fact they weren’t walking off the field and putting their lives on the line so that weenie boys like myself can live a comfortable life of quiet contentment.

>   USC.  This game was practically the perfect outcome for ND – a game where the Trojan’s play added credibility to the ND loss while at the same time, hanging another “L” on their record!

>         Michigan State.  The expression ‘misery loves company’ got me pondering:  what if Misery threw a party, who would come?

Kierkegaard, Nietzsche and their rollicking nihilist pals for sure. And a good thing too – they’d bring the really good vodka.  ND Nation would be a definite and not just because we’re incorrigible social animals…  Interestingly, Sparty wouldn’t come if it was scheduled in September – they’re generally happy after playing a schedule of Eastern, Western, Central and Upper Peninsula Michigan.  But they’d totally come if the party were scheduled for any time post-mid-October.  After Daylight Savings Time, there’s nothing one can more assuredly set your clock to than MSU’s mid-season collapse.

·         >  Clemson.  I really have nothing against you, your coach is Irish (whose parents were obviously way cool Flintstones fans) but you were undefeated and getting a little too much attention. So you had to go down. And I must celebrate it.

Terry’s Tool Time.
·    >     Lane Kiffin.  Back in the Winner’s Circle! One week after supporting you – and having it correctly pointed out to me that you were merely Pat Haden’s mouthpiece – you redeemed yourself.  Not only did you call the worst possible play with little time left and no time out’s (a crossing pattern, really?), you then call out your conference officials for not stopping the clock at 0.5 seconds left because they didn’t have telepathic powers. (And Lane, you do realize, you’ve got more Pac12 games still to play, right?)  But that’s not the best part.  When the game got into OT and your defense suddenly stopped tackling anyone in a white jersey, it seemed suspiciously like… Your. Team. Quit.

Entering… The Silly Season
I’ve consciously avoided talking about recruiting to this point because, it seems ridiculous.  18 year olds who couldn’t grasp the actual concept of ‘commitment’ if you bludgeoned with it.  But with Notre Dame’s first de-commit of the year, it seems worth bringing up not only the whacky speculation we’re all going to hear starting now until February but also address the USC weekend and it’s biblical level of stud athletes they had in for the game.

Pt. 1 – there’s no empirical evidence that winning the key recruiting game has much of a direct correlation on recruiting success.  In fact, Michael Floyd and Manti Teo are exhibits I and II of studs who committed after experiencing two of the most embarrassing on-field performances in recent history. So we all probably ought to chill out re whether the ‘SC disappointment was ultimately all that meaningful if we acquit ourselves well the rest of the year.

Pt. 2 -  we are recruiting some guys with AWESOME names. And that has to count for something, right? For me, at least. Here’s what you might have to look forward to:

Is it too late to schedule Army and the Coast Guard Academy?  I jest.

More to the point, eight games into the season, all roads still lead back to Brian Kelly and with that in mind, who among us isn’t struck by the parallels between our coach and Scheherazade?

You all know her, right?  The Persian hottie of “One Thousand and One Arabian Nights” fame?  Let me refresh your memory.  Persian king gets upset because Wife #1 is unfaithful.  So as a card carrying Man of Action, he quickly dispatches her – and by ‘dispatch’, I mean beheads her with extreme prejudice – and settles on a pattern of ‘marrying’ a virgin for a night and then beheading her the next day.  (It’s unclear whether this was where Steve Jobs got his “live every day like it’s your last” inspiration.)

This occurs for 1000 straight nights – hey, if it ain’t broke, don’t fix it – until along comes Scheherazade.  The daughter of one of the King’s court advisors (you’d think she’d know better) she volunteers to spend the night with the King.  She coaxes the King into allowing her to tell him a story, stretches it out long enough until it gets to daybreak with the tale being unfinished.  (Now this action could have gone one of two ways:  a) really cheesing off the King who wanted to know NOW how the story ends and walks her immediately to the chopping block or b) beguiling him to spare her for another night.)   Luckily for our heroine, it’s the latter.  At any rate, this pattern plays out for another 1001 nights – apparently ‘S’ was deceptively well read – by which time Scheherazade has no more stories to tell but the King has fallen in love with her. And makes her his Queen.  One could debate which is the crueler outcome for the girl but that’s not the point here.

In fact, the point is that 1001 nights is roughly 2 ¾ years and as a current Notre Dame parallel, there might be more than one person – perhaps of considerable university influence – who isn’t beginning to think, “let’s get the village smithy on Brian Kelly axe sharpening duty…”.  But all of his stories haven’t been told yet, even if we don’t necessarily understand some of them while we’re hearing ‘em.

Ted, please let me know as you receive money…