There’s an opening sequence in Carl-Theodor Dreyer’s 1932 film, “Vampyr” where the protagonist is described as “… a dreamer, for whom the boundary between the Real and the Unreal has become dim…”   Thinking I had stumbled onto the earliest known documentary on Dillon Hall, I watched. The film had a crude, childlike quality to it, with clear spelling issues - like so many Dillonites one encounters.

I was transfixed. Was this an insider’s exposé? There were just so many parallels.

But of course it wasn’t. Herr Dreyer’s film was your basic early era, low budget horror film with a languid dreamy pace, no bats or seductively caped counts.  All in all, not the most exciting cinematic effort one will see but a more than capable metaphor for the Notre Dame football season thus far – high viewer expectations followed by several minutes of “WTF, what exactly is going on here” finally with relatively happy ending. Closure. Still, one walks away with the knowledge that those are 75 minutes in your life you’re never getting back.

One last interesting historical footnote:  the film opened to an overwhelmingly negative reception (not unlike most Dillon endeavors) and I couldn’t help but wonder even now if there’s not a Dreyer or two in the annals of that hall...

And as old as that film is, I also noticed what must be the first of a long followed cinematic tradition – Evil always has a misshapen, dull witted henchman to do their bidding. (In the business world, we call them Human Resources, in the world of college athletics, they’re known as the SEC.)

One time is mere opportunity, two times the beginning of a trend.  And so even with the loss of out-of-town star power that the USC game seems to have sucked away, the 2nd Annual mid-September mini reunion represented a veritable cornucopia of social bonding events, anchored by bad golf, good alcohol and oldfashioned gibberish.  That Feifar chose to be in the UK was merely icing on the cake. (I jest – but you, sir, are open season for either being the world’s worst planner or having your priorities so askew.)

•   to make better or more tolerable
•   to grow better

Used in a sentence, “Notre Dame’s win, while dodgy in spots (see Turk, Ben) helped ameliorate the pain of the first two weeks."
Observations from The Game

In stream of conscious fashion
ü  3rd and short for ND; bubble screen-like pass to Floyd. 1st down!  Where the hell was that LAST WEEK in Ann Arbor?!  Just once!  (“Let it go, Terry…”)
ü  The Wheel route.  Maybe if Lou Holtz came in and sang his favorite song (“The wheels on the bus going round ‘n round…”), the defense might recognize this play coming.
ü  Gary Gray. Still bad.
ü  Ben Turk. See Gray, Gary.
ü  Mark Dantonio. ‘Little giants’ again, really?!

If Saturday’s Game was a movie poster, it’d be… Arachnophobia. 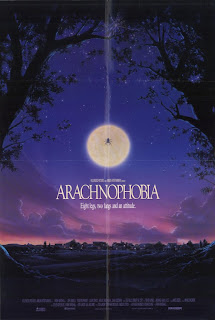 Out of desperation often comes innovation and I submit to you this cutting edge concept:  celebrity replacement.  It works like this:  for all of our embarrassingly inept performers, we substitute them with stars from the entertainment field and let them have a go.  They couldn’t possibly be worse and the inevitable “can’t take my eyes off the impending train wreck” will drive viewer ratings through the roof.  Here’s a working example:  Punt Returner.  Hello, seemingly nobody on the freaking campus can catch a punt so let’s… wait for it… celebrity substitute!

I’ve taken the liberty of gaming out the rest of the season at this position.  Consumers love themes (plus it’s easier for their simple minds to remain engaged).  So ND Football 2011 ties in with Polygram Entertainment and The Big Lebowski… think White Russians (and marmots) everywhere!  And at Punt Returner, you’d have, subject to availability: 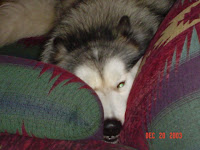 There can only be one choice this week.  Ben Turk. For his timely “Even a blind squirrel finds a nut occasionally” punt down inside the five yard line in the 2nd half.

Of course it’s Robert Blanton.  A person who is not only excellent at what he does (recall Terry suggesting his all-America candidacy in the summer) but is also a nice polite young man whom I’m pretty sure Buddy would’ve taken an immediate shine to.  Robert, of course, made The Play of The Game with that (near) goal line interception but to the discriminating viewer (those who weren’t already in the fetal position muttering ‘it’s happening again, mommy make it stop!”) that wasn’t even his best play.  He was a tackling machine as well as (apparently) the only DB paying attention during “this is how you play the ball in the air” lesson.  Bravo!

Mr. Blanton gets extra points for shutting up Alex Flanagan, who while being a total hottie with Pantene-endorsable hair, asked the most inane of questions…

Awkward pause when it becomes clear that nothing further is going to be forthcoming.

If I were scripting it, the lad would’ve then launched into a three minute soliloquy, refusing to be cut off, about That One Game in Pop Warner ball where he was en fuego…

Schadenfreude of the Week.
•   Penn State.  You beat Temple by 4, very late.  Eek.  Again I ask, “who’s got the courage to tell JoePa?”
•   Ohio State.  In the nationally televised NCAA Sanctions Bowl, your QB’s made ours look good.
•   Auburn.  This is what happens when you stop paying top dollar for your players...

Terry’s Tool Time.
•   Terrelle Pryor.  You’re now playing for the Oakland Raiders (talk about Life imitating Harry Potter’s Sorting Hat) and you’re discovered to have been the bag man for the latest OSU pay-for-doing-nothing scandal. I do believe you might be a modern day Renaissance Man of athletic corruption.

Song of the Week
This could be in recognition of the brilliant mini-reunion organized (and contributed to) by many, starting Wednesday evening and ending… well, I don’t know when it ended… this song would be appropriate. But mostly because it reminds me of JP.

“We light our lamps for atmosphere,
And hang our hopes on chandeliers.
We're going wrong, we're gaining weight,
We're sleeping long and far too late.
And so it's time to change our ways …
But I've loved these days.”

Non Sequitur of the Week
Jeff Samardzija, pride of Valparaiso IN. Having a pretty good year in late inning relief for the Cubs.  7-4 record, 3.01 ERA and most importantly, a panache that drives the French wild.

NW Indiana. We’re not stuck in merely the last century, we’re stuck in the 17th Century!


Final Observations
Let’s hope that’s the defense we get consistently for the rest of the year… the 8-9 win guys might have a chance.  As long as Tommy offers up 2 turnovers a game – on his own – I don’t see us running the table.