As I was flipping through my recent Xerces Society for Invertebrate Conservation newsletter… and pondering how many copies of “Attracting Native Pollinators: Protecting North America’s Bees & Butterflies” I was going to order (I know a lot of you are having birthdays), my mind drifted to thinking that the ND offseason had now passed its halfway point, was rapidly rounding the bend toward getting the (tailgate) band back together and the start of a new, improved even more promising football season.

And yet, I had written nothing.

Of course I immediately blamed the weather. Chicago winters being what they are, I spent much of the past months hunkered down… and watching a lot of TV.  Call me shallow (hello, commercials are my life) but I’ve learned much this past winter from TV, including but not limited to:


But I digress. Let’s get on with covering the usual ground.

Word of the Season.
sheen [shene]
–verb
1.  to act as Charlie Sheen would, i.e. in an excessively out of control state due to an unorthodox but habitual use of hookers and blow.

“He celebrated the big victory of their California rival by sheening for the next several days straight. School would simply have to wait…”

Recruiting – then and now

Is it out of the question
Between you and me?
Is it pleasure or business
Or a packet of three?

Nobody makes me sad like you
Now my whole world goes from blue to blue
Secondary modern
But there won't be a problem till the girls go home...

Give this song a listen - it actually doesn't begin until the 3:35 mark - Elvis Costello didn’t write the lyrics about college recruiting but he could have.  The whole process seems like it’s just getting seamier and seamier. And yet, the ND staff has proven itself to be pretty much up to the task of competing against the Big Cheats Boys, winning more battles than not of late.  The Williams, Lynch and Tuitt recruitments were a testimony to sheer ‘we’re not going to lose these guys’ force of will – and without compromising their ethics in the process. Similarly, the Golson recruitment was acknowledgement that kids do change their minds, and sometimes it can be to our advantage. Of course it doesn’t hurt to end the season strong (for once).

So far this coming year, with fewer scholarships seemingly to give and therefore a more considered need-based strategy, the staff has been nothing if not methodical in identifying their needs and aggressively addressing: they’ve already bagged arguably two of the very best DB’s in the country (one of which may be the fastest player in the US), a couple much needed offensive linemen and while winning these battles in Florida, Texas, California and Carolina – geographies we simply haven’t been a consistently big factor in since the Holtz era.

Still, some people will continue to bitch (“Ewww, they can’t recruit an elite running back… Ewww, they keep missing out on top tier offensive linemen…”) but objectively, one would have to think the future looks really solid, provided they can bring home 9+ wins this year.

Spring Game.
Didn’t go. Didn’t see any film.  But that’s not stopped me before from providing commentary. Forgive me for repeating what’s already been reported a month ago but may bear repeating as you begin to consider your Season ’11 forecast (below):

1.         Defense should be legitimately pretty good, maybe REALLY good.
a.  Lynch was a beast in the game. Unblockable. And Williams / Tuitt weren’t slouches either.
b.  Louis Nix, the Florida nose tackle, could be special if he gets in shape. Stamina is gonna be his big limiter.
c.  As long an Teo is healthy, LB’s should be good. This kid Spond (soph from Colorado) sounds like a he could be a really pleasant surprise.
d.  Secondary looks tough. Experienced, essentially everyone that matters returns.
2.         Offense has A LOT of question marks.
a.  Michael Floyd, Le Variable Grande. With the operative word being ‘variable’. The latest word is that Kelly says it’ll be an ‘all or nothing’ deal.  He proves he’s made life changes and he’s back, no games missed. If he doesn’t, he’s never seeing the ND locker room again. The ball would appear to be in your court, Big Mike.
b.   O-line should be good but they have a long and proud tradition of under-performing so I'm not quite laying any heavy bets.
c.   QB – you’ve heard the adage “If you have more than one starting QB’s, you really have none”... that may be the case here – the little I saw Dayne this Spring, he was still bouncing balls into the turf in front of receivers on those necessary 10-12 yard, move-the-chains passes. For reasons I can’t defend – maybe it’s my love for all things Cincinnati* – I’m thinking Hendrix may be The Guy before the year is over.
d.    RB – really thin. Cierre apparently looks to have a big year but Gray doesn’t seem to inspire much confidence in the coaching staff and RB #3… well, there isn’t a RB #3.  Eeek. Albert, you still have your eligibility don’t you?
e.     The TE's are total studs.  They block, they catch, they run fast, they start orphanages in Africa.  A position of real strength.

*except for P&G who make my professional life a living hell.

Understanding Engineers, Part I
Spittler, Castellini and Ungashick were waiting one morning for a particularly slow group of golfers.

Ungie fumed, "What's up with those guys? We’ve been waiting for twenty minutes!"
Lini chimed in, "I've never seen such freakin’ inept golf!"
Spittler said, "Here comes the green-keeper… Yo, George, what's wrong with that group ahead of us? They're unbelievably slow!"
The green-keeper replied, "Well, that's a group of blind firemen. They lost their sight saving our clubhouse from a fire last year, so we always let them play for free anytime."
The group fell silent for a moment.
Jerry said, "Man, that's sad. I’m gonna say a special prayer for them tonight."
Bob said, "I'm going to contact my ophthalmologist colleague and see if there's anything he can do for them."
Ungie said, "Why can't they just play at night?"

May Madness
It’s with some irony that other than the football team, virtually every major men’s and women’s athletic programs at Notre Dame are making the NCAA tournaments an annual expectation.  We do have an Indiana program that’s gone back-to-back in appearances at the Men’s Basketball Finals.  Nice. Except it’s Butler, a school that’s claim to fame is having Jim Jones as an alum (“Kool-Aid, anyone?”). Feifar’s frustration w our men’s basketball program is well documented and while I don’t hold the same view toward Brey, I do feel his pain. So I created my very own tournament. And the Cannes Film Festival only recently having been completed, herewith are the results of my Invitational for the coveted SBIG (So Bad It’s Good) film award.
Victors:                 Round I               Semi-finals              Finals

Terry’s Tool Time.
1. Jim Tressel. Does this even have to be explained? Rumor has it that Sports Illustrated is going to release an article on The Vest this week that’s going to put that final pesky nail in his OSU career.
2.  The entire “If You Ain’t Cheatin’, You Ain’t Trying” SEC. it would seem that the whole Cam Newton affair last autumn was merely table stakes to play the recruiting game in that conference. Throw in the recent light shown on the conference’s despicable practice of over signing and grey shirting, answering that age old question “when is a scholarship not really a scholarship?” (Answer:  when summer comes and the coaching staff decides you’re not one of the 25 best players and you're scholly gets rescinded… “Hey, ya fucked up. Ya trusted us.”)
3.  Harvey Updyke.  The 62 year old Alabama supporter who apparently took my Power of Positive Hating concept to extreme (and tragic) lengths when he poisoned two hallowed, 130 year old trees on the Auburn campus. Harvey, Harvey, Harvey. If you had just bought my 2 CD set, you’d know that PoPH is a much more nuanced approach to Life Management than merely ‘when provoked, thou shalt poison thy loathsome rival’s shrubbery…”  (If that were the case, Ann Arbor would be one big parking lot.)  Bummer for you, H. Now you’re facing serious prison time and the prospect of hearing the words “Roll Tide Roll!” in ways you never dreamed.
4.  Lane Kiffin.  Metaphysical Question of the Week: If a week goes by and you don’t hear a Lane Kiffin quote, is he still a tool?  Yes.

Separated At Birth… Or Simply Proof That Good Hair Fashion Never Goes Out of Style?

Schadenfreude Winner of the Week.

•  Ohio State.  Can there be anyone even close?  Coach Vest has lawyered up in a big way so this one should get wonderfully ugly – and public.
.

I would be remiss to not point out that the Michigan State game this year will mark the  date of LINIPALOOZA 2011, Jerry’s now annual unapologetic bacchanal to all things golf, ND and Raum Chicago.  As was the case last year, the Thursday evening party will be BYOB, Bring Your Own Buzzkill.  (Belknap, please leave your tragic classmates home this year.)  I’m taking bookings for crashing at the Corrigan city apt. 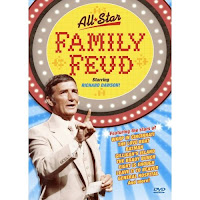 The 2011 Corrigan Invitational.  The Irish play every one of my immediate family’s schools: Maryland (Lisa), Purdue (Ryan) and Michigan (Shea). Oh yes, there will be tears. And they damn well better not be mine. 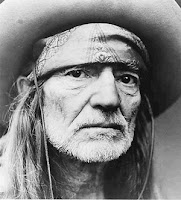 “On the Road Again”… this year it’s looking like I may have the dubious distinction of attending as many away games as home… Ann Arbor (visiting Shea), D.C. (seeing Lisa’s friends) and Palo Alto (Thanksgiving w brother Kevin).

2011 Wager
In light of this being the start of yet another blockbuster movie season – and who here* isn’t psyched out of their minds to see reclusive auteur Terrence Malick’s new opus later this month?!  Right, right?! -  this year’s ‘win territories’ will be an homage to the Cinema 2011 that’s only now just kicking off…

So ponder the schedule… read up on summer practices and be prepared to submit your prognostication by end August!

Understanding Engineers, Part II
Three engineering students were gathered together discussing who must have designed the human body.
One said, "It was a mechanical engineer. Just look at all the joints."
Another said, "No, it was an electrical engineer. The nervous system has many thousands of electrical connections."
The last one said, "No, actually it had to have been a civil engineer. Who else would run a toxic waste pipeline through a recreational area?"

And finally… a much overdue thank you to all of you for the February surprise night out. Completely unnecessary but totally appreciated.  (Jerry P., how can I get a copy of your video? It screams ‘companion piece’ to your poetry recitation at my wedding … “Shall we sing, shall we dance, shall we all wear madras pants?”

Now that was breathtaking.