There is an oft used – and misused – expression relating to the notion that ‘size matters’.  Apparently not so much when playing football. Specifically playing football against The University of Notre Dame.  When playing that team, what seems to be more important is Discipline. Intensity.  Respect of your opponent.  Three concepts that our team doesn’t seem to yet grasp. Speaking of things I haven’t yet grasped, losing to a service academy in football has ranked right up there with (in no particular order):

i.)   Why assault weapon limitations are a controversial part of gun control.
ii.)  The allure of reality TV (except for ‘Survivor’ which is the Greatest. Social Experiment. Ever.)
iii.)  Cold fusion (isn’t that like soft ice cream?  And I don't even understand that.)
iv.)  The French - violently striking because they’re raising retirement to… 62?  Really? It’s not like they’re actually working hard at their civil service jobs to begin with…

Luckily for me, I didn't waste my Saturday watching that farce I real time, instead going to a the movies with my wife and seeing, among other things, “Hereafter”  a not-bad Clint Eastwood directed movie which shared one commonality with The East Meadowlands debacle – both involved people who, against their will, see dead entities…

How many ways can Terry find to describe this team’s utter lack of being anything consistent?  A lot. 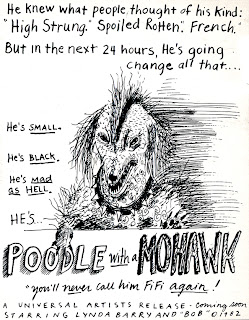 Stiff armed by a munchkin.  Some cadet named Gee Gee (?!) and Carlo Calabrese, and in NJ no less. Easy tackle? Instead a touchdown.

That surprising occurrence reminds me of the 1st time I saw PwaM:

Weakest Effort of The Year.  Gary Gray, come on down! And you were having such a solid year to that point…

“They made us look silly…”

Song of the Week.
Watching Saturday’s game, we had ND with its roster of HS All Americans against a physically smaller opponent who should’ve been squashed like an insect but instead, hand us our lunch.  There is only song that can be nominated, Billy Bragg’s “A Pict Song.”

A fast history lesson: the Picts were the predominant people in northern Scotland, circa 4th Century. Shadowy, enigmatic figures, they were regarded as savage warriors and proved to be a major pain in the arse of the Roman Empire. And they continued to be a problem for their British Isle neighbors – continually harassing them for centuries after the Roman legions abandoned Britain. Think Braveheart – except more badass and with less professional face paint. Ironic that one would liken anything related to the US military to them. Yet when it comes to college football, it seems perfectly applicable to me:

For we are the little folk -- we!
Too little to love or to hate.
Leave us alone and you'll see
How we can bring down the state

It’s a really great song - so enjoy while embracing the painful irony. 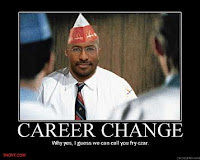 James Harrison.  Okay, let me understand this… you take out two players back-to-back with head shots and the NFL suggested it’ll start enforcing a rule that, by the way, will keep everyone in bling for a long, long time. You exclaim “oh the humanity!” and declare you're contemplating retirement.  To quote the philosopher Ochocinco, child please.  You went to Kent State, majored in general studies (and didn’t graduate).  So your professional skill set, other than knocking guys into next week, is what exactly?

Honorable Mention:  Brett Lorenzo Favre.  You finally cop to leaving, ahem, inappropriate voice mail messages but not the pictures of (allegedly) little Lorenzo.  But they have your cell phone number – and didn’t the pics come from that same source?  Oh Brett, I think this is going to get worse before it gets better.  And all you had to say was “this is how we court our women in Mississippi…”

Schadenfreude Winner of the Week.
Great week for the Big 12 credibility.

Recruiting Buzz.
Another week, another Florida de-commitment. This time it was Clay Burton an (apparently) pretty good OLB prospect.   While the timing, post-Navy ugliness, is particularly unfortunate, this is a guy who seemingly was waiting all along for a Florida offer and he got it.

On the good news, I think there was a couple high potential recruits at the Meadowlands on Saturday.

The Wager.
I don’t think any of Team 9 thought we were going to win but, speaking only for myself, I didn’t think Navy would pop the balloon.   Tulsa seems to be an offensive juggernaut, Utah puts up 59 pts…

Next up is the Ward-Ungashick-Belknap-Flaherty-Sullivan-Maher-Brunett collective.  Enjoy it while it lasts, boys.

Who wishes they would've flipped their bet? 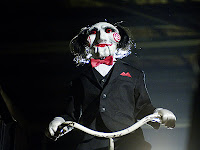 On that note, until next week – Saw 3D opens this weekend and I need to get to it soon, I have a feeling I’m going to need the reference for the Utah write up.
Posted by Crash801 at 2:08 PM