"Advertising is maggots feeding on
the rotting carcass of Capitalism…”


And for that matter, you too Dilbert.

I just hate it when someone pulls the veil away from my illusory profession.  It’s so…. deflating.

And at a time when what we all need is a little inflating, wouldn’t ya say?

This was not a good week for ND or its football program.

I especially appreciated Jerry’s account of being on campus last week and the myriad of people connected to the program.  I can't even imagine the trauma… the shock, the guilt, the sense of responsibility.  Someone will be rightfully held accountable and more lives will be affected.

Personally, I do not wish to see coach Kelly dismissed. I believe him to be a good man and a smart coach - despite his baffling coaching decisions playing a virtually all our losses this year.  Weirdly, I think he was the right hire.  But is he still?  Man, that’s the million dollar question.  (Forbes would say it may be a $30MM question.) How affected – and effective – will he remain to be after this past week’s events?

Who knows. But I think it’s going to get worse before it gets better.

Word of the Week.
ap•o•plec•tic  adj \ˌa-pə-ˈplek-tik\
Definition
1  of, relating to, or causing stroke
2  affected with, inclined to, or showing SYMPTOMS of stroke
3  of a kind to cause or apparently cause stroke <an apoplectic rage>; also : greatly excited or angered <was apoplectic over the news>

— ap•o•plec•ti•cal•ly\-ti-k(ə-)lē\ adverb
Examples of APOPLECTIC
1.         He was positively apoplectic with anger when he witnessed the coach’s final play of the game,
Origin of APOPLECTIC
French or Late Latin; French apoplectique, from Late Latin apoplecticus, from Greek apoplēktikos, from apoplēssein
First Known Use: 1611
Related to Apoplectic.

Game Commentary.
Believe it or not, I actually took notes while watching the game.  But then I lost ‘em,  A therapist might say that I was subconsciously just getting rid of the negative baggage in my life.  Here’s what I recall in more or less chronological order: 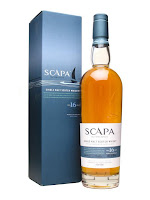 •           Close of the 1st half, the Rees-led offense is methodically marching down the field and giddy thoughts of a 27-12 lead dance in his head.  Terry’s mind wanders to what his victory liquor is going to be… a UK friend just gave him an Orkney Island single malt – where the Picts originated, incidentally…

•           And our special teams are just so ironically named. Special like the Jerry Lewis kids are special.

This loss is all on you, coach.


Driving Miss Lisa.
But as this-can’t-possibly-get-any-more-hellish-game was, it also came on a weekend when Lisa and I took Ryan down to a couple job interviews in Lexington, KY – working for some pretty high profile equine hospitals / ambulatory care facilities related to the thoroughbred racing industry. Big name farms and big money animals.


And quite quickly, it became apparent to me that if I was going to enter in negotiations with God - and as I’m from the Druid side of the Corrigans it’s a practice that I engage in almost every weekend (“c’mon Lord, if You're gonna torture me w ND, You MUST give me the Packers…”) – football actually wasn’t really that high on my priorities.


As an aside, Lexington was really pretty nice – a college town. Plus I learned my wife likes to play the ponies.

Song of the Week.
Okay as I was fantasizing about an impressive win – and at the end of the first half I was seeing a spirit crushing 27-12 lead so close I could touch it – I had concluded that this being Halloween weekend, the song had to be Rocky Horror’s “Time Warp”, a song so infectious and fun that it’d put the previous week’s in our rear view mirror.  One freakish, bubble screen-tipped-pass-interception-for-a-Tulsa-TD later, that idea went out the window.

Next up came the idea of tipping my hat to Tulsa with an homage to cowboy songs, w a rollicking Willie Nelson-Aerosmith, “One Time Too Many”. (I trust you can all see the relevance.)  But then Robert Rasmus, arguably this group’s Renaissance Man, pointed me in another direction, one so painfully perfect - The Door’s “The End” it seemed The Choice.

Until I recalled a still more recent ditty with a lyrics that just seemed spot on:  Linkin Park’s “In The End”.

I've put my trust in you
Pushed as far as I can go
For all this, there’s only one thing you should know

I tried so hard and got so far.
But in the end
It doesn’t even matter

I had to fall to lose it all
But in the end, it doesn’t even matter.

This might not be many of yours musical cup of tea but give it a listen.  Having even heard it will make you exponentially hipper with your kids.  Plus the lyrics are accurate: faced with things like death and our family’s health and / or futures, ND football really doesn’t matter in the end.

Terry’s Tool Time.
Jason Whitlock / Mike Florio.   Both of these guys chose to immediately get on their moral soapboxes, screaming for Brian Kelly’s head, without the burden of having any facts surrounding Declan Sullivan’s death.  Ultimately, they may be correct.  Maybe the moment coach Kelly said, “we’re practicing outside and I want film…” all of the responsibility rested on him.  But right now, I‘d like to believe it’s not quite that simple. And their rush to judgment, with something so profound, is beyond irresponsible.

Schadenfreude Winner of the Week.
It occurred to me that I had begun to stray from the true spirit of this recognition.  Never intended to be merely a referendum on who got upset the prior week, this was always supposed to be about me disliking some programs so much that the losses literally tasted delicious:

ü  The State of Florida.  As Mark Twain might say, the reports both Miami and FSU football programs’ resurgence has been greatly exaggerated.  And were it not for Georgia’s QB throwing the 2nd dumbest INT of the weekend, we might’ve had a state trisect.  Yes, I’m increasingly bitter that seemingly all our Florida recruits seem to be so easily swayed from their commitments.  But any week any of those teams lose is a good week.
ü  The State of Texas.  UT and the Cliff Lee Texas Rangers.  Ouch.

ü  The State of Michigan.  Rich Rod’s Big Ten record is something like 4-16
and UM finds itself facing a Weis-Ian dilemma:  ending up w a possibly respectable record but knowing their coach is not the long term solution.  Bummer.   And Mark Dantonio - don’t think we have forgotten that smug "aren’t I clever" look on your face after the fake FG to win the ND game.  Karma’s a bitch.  And Iowa City is a pretty tough place to play.
o   “You like yourself, don’t ya Mark?”
ü  USC.  Even if it’s now likely you’ll spank us – again – on national TV,
you still lost by 21 points at home.  Allow me to revel in that, for at least
this one week.

Recruiting Buzz.
Our #1 recruit, Aaron Lynch, not only de-commits but apparently takes us off the table entirely.  The quotes would lead you to believe that the kid never had the confidence that he could survive academically.  Still, it’s hard to believe that the program’s on-the-field implosion hasn’t been a contributing cause.

The Wager.
Okay, I think we’re all agreed that no one’s winning this bet.  Maybe Perez is the smart one in all this…

But in order to respect protocol, the Albert-villains are on the clock.  Lucky you – with the bye week, you get to live for two weeks.

On that note, next week’s a bye week. Woo hoo!  May I recommend a movie, courtesy of Mr. Brian Ward? 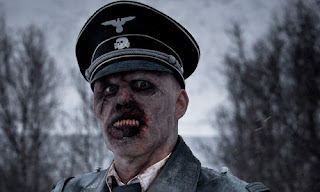 Two words:  Nazi Zombies.  I am sooo there but before you dismiss this, ask yourself this:  can it be any worse than ND football?