One often hears the expression that Life is a journey.  So, apparently, is the development of a football program, especially the Notre Dame football program.  Enjoy the ride, take time to smell the roses… But what if the trip is akin to the circuitous journey back home of John Hughes’ dark comedy, “Planes, Trains and Automobiles”?  Alternatively laugh-out-loud-funny, frustrating, sophomoric and poignant… can there be a more perfect metaphor for the athletic wasteland that ND Football has been stuck in than Wichita, KS – where the only trains that run are for the livestock?!

But they did make it home.

Word of the Week.
En•dur•ance  /ɛnˈdʊər əns,  /  [en-doo r-uh ns]
–noun
1.   the fact or power of enduring or bearing pain, hardships, etc.
2.   the ability or strength to continue or last, esp. despite fatigue, stress, or other adverse conditions; stamina.
3.   lasting quality; duration.
4.   something endured, as a hardship; trial.

Continuing with the travel metaphor, “Endurance” is also the name of a book by Alfred Lansing that I’d read about 10 years ago – the true historical account of Sir Ernest Shackleton and his 1914 expedition to the South Pole.  Simply one of the most amazing tales of leadership, courage and resolve – under the worst possible circumstances - one could imagine. A compelling read which I'm sure a few of you have already encountered but all would certainly enjoy (there’s lots of pictures, Cincotta).

Shackleton’s ship Endurance set sail from England in August of 1914 for Antarctica where he had planned to cross on foot the final unchartered continent. By January, however, the ship had become locked in an island of ice – sadly only one day’s sail short of their destination. (Son of beetch, sheet.)  For the next 10 months, the Endurance drifted before it was finally crushed. Shackelton and a small crew would travel for another 850 miles to the closest output of civilization to save the rest of the 27 shipmates – ultimately two years after when they originally set off.
Incredibly everyone survived.
A fellow explorer wrote In tribute to their achievement, "I do not know how they did it, except that they had to...”
Another colleague said, “For scientific leadership, give me Robert Scott; for swift and efficient travel, Roald Amundsen; but when you are in a hopeless situation, when there seems no way out, get down on your knees and pray for Ernest Shackleton...”
Are we in a hopeless situation?  Sometime it feels like that. But at this point I’m still hoping someone ends up writing something like that about Kelly, say circa 2015, after a solid run of 10+ win seasons.
The Pre-Game… 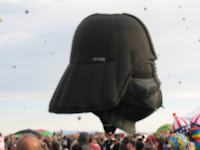 A Disturbance in the Force…

No Bloody Mary’s at the Tailgater!
Save us, Obi-wan Behrens… 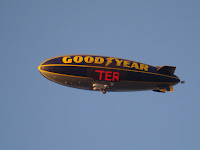 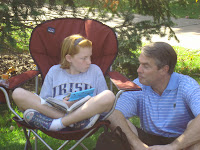 “Tell me, Zen Mistress Marie, how may I learn the ways of the ninja?”

Observations from The Game.

Let’s face it – after six games it’s impossible to make any grand proclamations about this team. And Saturday’s game was a pretty representative microcosm of the two-steps-forward-one-step-backward season.  Depending on one’s perspective, you could argue the state of the team either way, reminiscent of SNL’s ‘Point & Counter Point’ during the late 70’s:

And so, who knows?  Either side of the glass-half-something could be the accurate one.  We’ll see.  Every week is going to be something of a new referendum.

I take nothing for granted.

Song of the Week.
Maybe it was watching Wannie fake a punt at a ridiculously early point in the game… maybe it was with 1:37 left in the game and the epiphany that we might lose to team led by a guy named Tino… whatever.  Sometime in the 2nd half the distinct whiff of desperation was in the air – and probably evident on both sidelines:  Pitt knew the game was getting away from them and ND felt the game slipping away.

So finding a tune that captured this anxious, manic nature led me to… Warren Zevon’s “Lawyers, Guns and Money”. I have special fondness for this song since it’s the tune that was playing when I put Randy Raymond’s car in a ditch in Wyoming, March 1979 (ah, good times).  Switching it up a bit, I offer you The Wallflowers’ cover of the song, with Jordan Zevon accompanying, off of a most excellent tribute CD called “Enjoy Every Sandwich”:

I was gambling in Havana
I took a little risk.
Send lawyers, guns and money
Dad, get me out of this.

Terry’s Tool Time.
1.  Jonathan Baldwin, Pitt WR.   The kid totally disses Darren Walls earlier in the week by saying he never really heard of him – despite Walls being a 5 star local Pittsburgh HS kid. Other than one Slaughter brain fart, he had a relatively unremarkable game.  Stay classy, Jon-boy.
2.  Nick Saban.  His team gets outplayed in every phase of the game and to hear his post-game remarks, it was pretty much all the fault of the players.  Accountability is apparently a concept not being taught this semester in Tuscaloosa.
3.  Brett Favre (and little Brett).  “Luuuuuccccccccyyyyyy, you’ve got some esplainin’ to dooooooooooo…”

Schadenfreude Winner of the Week.
Oh what a cornucopia of choices this week… Michigan, Penn State, USC, ‘Bama, Florida.  How to choose?
1.   USC. It would be tempting to just pick the Trojans over and over and over – just on principle.  But no. plus they’ll have more chances to win!
2.   Meechagan.  Stranger things have happened – like getting crushed by Iowa next week, OSU at end November and maybe a couple others in between -  but I'm guessing Rodriguez has already saved his job.  Which is probably good ‘cause I really don’t want to see Harbaugh on those sidelines anytime soon. So no soup for you, Rich.
3.   Penn State losing to Illinois, really?!  I have trouble building up enmity for a guy who so clearly wants to gasp his last breath with his coaching cleats on, so no.
4.   Bama – have already received one award this week, so nope.
5.   Florida – anyone see Urban after losing his game in one of the more bizarre ways possible – the oddest, flukiest fake FG ever. Called, no less, by Les “Yes, I sold my soul to the devil, doesn’t everyone?” Miles…   Meyer could barely contain his disgust that anyone had the temerity to question him.  It was fantastic!  And truth be told, they should win this award based alone on the ugliness of their garish, glow-in-the-dark uni’s.  So… winner, winner chicken dinner! 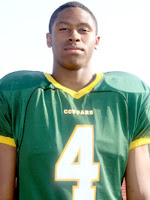 One of Iowa’s best HS football players (is that like being the thinnest kid at Fat Camp?) , OLB Christian French, made an official visit this past weekend.  He’s supposed to be an incredible athlete who could play on either side of the ball.  Apparently Iowa and the resurgent Nebraska program are the prime competition.

The Wager.
‘Alive’ continues to describe the state of the Nine win group.

It’s also the title of Piers Paul Read’s harrowing tale of the Uruguayan rugby team whose plane in 1972 crashed in the Andes, were stranded for weeks… and ultimately had to resort to cannibalism in order to survive until being found. Yecccchhhhhh.  Would any of the five-some resort to anything like that just to remain in contention?  Not for this year’s $100 apiece winnings…  But with Corrigan (from Iowa), Thompson (Philadelphia), Behrens (Louisiana) and Rasmus / Feifar (Dillon), it’s also not like any of them are unfamiliar w practices that fall outside of societal norms.  God help the rest of the group if future wagers get appreciably more lucrative.

No one bit on flipping their wager so the predictions below stand as is.

Ireland 2012.
Everyone got their passports up to date?  Start thinking about this concept:   a Labor Day week 2012 trip to Dublin for the Navy game and golf (e.g., Portmarnock, Royal County Down, K Club, Druids Glen).  Drop the women folk in London (my strategy) and embrace your inner David Feherty. 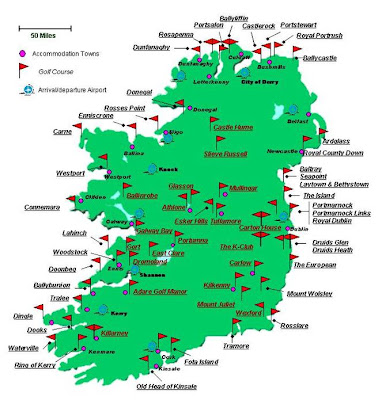