With this being Ryder Cup Weekend and all, it seems more than fitting to use a familiar golf expression for the events of this past weekend.  Saturday, the day upon which after making the cut, the pros look to aggressively make a run up the leader board and put themselves in position for serious things on Sunday.  Moving day.  And judging by the 5 ½ out of 6 points taken in Wales that day, it would seem the Europeans understood this tactic better than the Americans.  I blame demon jet-lag. Who forgot to pack the melatonin?!

But the same might ultimately be said about the 2010 ND football program… that this was the weekend when things began to change.

Let’s review the not-so-insignificant context here: since the Holtz era and that fateful upset (Pete Bercich, how could you drop that interception?), BC seemingly owned us – and it was especially true when playing in that Chestnut Hill hellhole.  Always at night, always with the entire stadium liquored up… a rude, awful group that made the basic British soccer supporters look like librarians. (Prison librarians, but librarians nonetheless.)

Moreover, the ND team had just come off their most disappointing effort of the season, facing a must win situation.  What happens?  They come out smokin’, race to a 21-0 lead before letting BC back in the game. The defense remain resolute and they walk off with a solid if aesthetically unsatisfying 18 point win.  All things considered, not so bad.

But let’s back up for a minute. 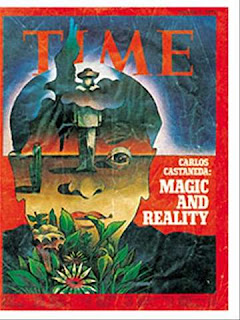 As Fate would have it, I spent the long weekend in Santa Fe, celebrating my 25th wedding anniversary and chasing the perfect margarita.  Now that part of the world is famous for many things, including but not limited to, burritos the size of your head and Carlos Castaneda, the author who was the basis of a freshman year theology class I took. (Taught by Maury Amen who clearly hadn’t met a chemical he didn’t embrace, I couldn’t believe I actually got credit for the class but that’s a story for another time.)  Castaneda was a anthropologist who communed with the Indians and in order to divine the ways of the shaman, took massive amounts of peyote.  Apparently much of his tales of mysterious medicine men and spectral life forces has been largely discredited but in 1975, he was The Man, anthropologically speaking, and is no doubt enjoying the last laugh on some small tropical island bought through all the books he sold.

I, too, learned much of the Indian ways although as previously alluded, mostly through an aggressive tequila and red/green chile regimen. A spiritual people – much like Notre Dame Nation – the Indians were a peaceful group, in tune with the Earth and the Cosmos. Until, of course, around 1600 when the Europeans came in, started telling them how to do things, what crops to grow, who to pray to etc.  The Indians were taken aback, went through some tough times… forced to adjust.  (Sensing a parallel yet?)

The geography in that part of the country is truly astonishing and one can't help but think of those Indians looking down, on horseback, from those mesas… much like in circa 1876 and the Battle of Little Big Horn (okay that was Montana but close enough for someone who group up in the east). Nathanial Philbrick’s wrote a fascinating book recently about that battle and the events both preceding and afterwards.  In as much as the only survivor of the slaughter was a horse named Comanche, one must assume that the juicy battle bits are intelligent speculation… but this much we know for sure: General George Armstrong Custer thought he had scheduled a cupcake. A MAC opponent. He was the absolute very best the Army had to offer in terms of military leadership. Vain, egotistical but with the resume to back it up – the Urban Meyer or Nick Saban of his time.

And yet… things don’t always turn out, do they?

So what’s the moral of the story?

* little known fact: in that particular battle, the Lakota and Cheyenne Indians actually had significantly more sophisticated weaponry than the US Military.

Which leads me to…

Word of the Week.
Drawing on the lyrical Italian language for our word this week, let’s go with 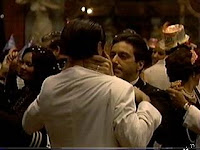 What makes this word even more appropriate is its proximity to Fredo Corleone, the brother in The Godfather, who betrays the family and ultimately, pathetically, pays for it with his life. And as many of you know, the name has been attached to Boston College ever since they betrayed The Big East conference years ago in order to bolt to the ACC.  And you thought the nickname was just because BC is a sad, pathetic, emasculated wannabe institution – like the cinematic character.  Well, that works too.


Observations from The Game.
Drawing on the world of theatre and film for inspiration, a few pithy insights occurred to me while watching the BC game. Again, not a masterpiece but slowly, we’re getting there… 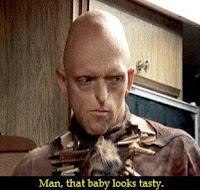 The Hills Have Eyes. One is about cretinous mutants who terrorize an otherwise normal, law abiding bunch of folk.  The other is a 1977 movie by horror film auteur, Wes Craven. I believe I first saw this with Jerry Perez. Breathtaking in its gritty realism and almost prescient view of the future devolution of the Boston College fanbase.

Jersey Boys.  Documentary-style musical based on the forming, rise and eventual breakup of The Four Seasons – one of the biggest musical acts of the ‘60s.  Are we’re seeing the rise of ND’s version, Carlo Calabrese (could you possibly look any more Jersey Shore-ish?) and Bennett Jackson?  The latter had a really promising start as a kick returner and the former is progressing toward becoming the perfect ILB complement to Teo. 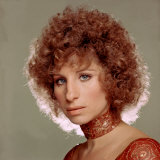 A Star Is Born.  A has been rock star falls in love with an up and coming songstress.  After a strong freshman year and a hugely disappointing sophomore campaign, Robert Blanton could play both roles!  And though it’s basically only one (really strong) game, maybe he’s back on the beam. Hell, he’s always been a star in his own mind. If so, it’d give the defense three pretty good CB’s.  And when’s the last time we said that? 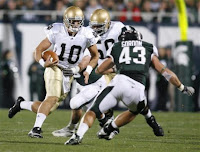 Forrest Gump.  Kelly finally admits that a) his spread offense won't work without at least the semblance of a running QB threat and b) he can no longer treat his QB like a china doll to do so…    Soooo,  “Run, Dayne, Run!” 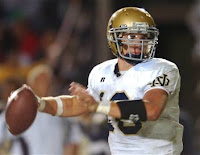 Sybil.  Story about a young woman whose childhood was so harrowing that she developed 13 (at least) different personalities.  And then there’s Dayne and his passing inconsistencies – through five games I've counted about 15 variations… 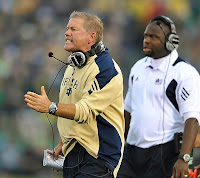 Mommie, Dearest.   Faye Dunaway tour de force which depicts the abusive and traumatic upbringing of film legend Joan Crawford’s adopted daughter.  Oh and coach Kelly yells at his players.  Both events inspire considerable news coverage although in the latter’s case, I have no idea why.
Song of the Week.
As you all know, I’m a Hoosier.  And I wear it proudly, like a nerd wears his pocket protector. One of the many things our great state doesn’t credit for is its rich musical history. Cole Porter was a Hoosier.  Michael Jackson (and family) grew up in nearby Gary. John Mellencamp is a Bloomington kid. Elvis had his first Percodan in Indianapolis. The über-cool Lyle Lovett even has roots here. But for my money, the state’s #1 man is John Hiatt… one of those guys that everyone covers his songs (to great commercial success) but he himself remains largely obscure to the masses.  No matter.

The offering this week is his “Slow Turning” – the title track of a terrific 1988 album – the chorus just seem to sum where ND football is at, this year.  Making progress, maybe not as quickly as we’d all hope, but the improvement seems undeniable:

Terry’s Tool Time.
Lane Kiffin.  For the life of me, I can’t think of what he’s done that should merit this recognition, other than breathe, but I'm into Week 5 without having him even sniff this award. Losing to Washington has to count for something.

Schadenfreude Winner of the Week.
Finally got my Penn State fix – if you saw any of their game vs. Iowa, you’d know the only time they were competitive was at the coin toss – and Florida being manhandled by the other SEC Prince of Darkness  is always a cheap, if infrequent, thrill – but this week USC has to be to the winner. Getting beat by the country’s most under-performing team and having to play a Stanford team next week that just got spanked by Team Nike, that’s just… delicious.

Recruiting Buzz.
As most of you know, there ain’t too many seats on the Class of ’11 bus left  - but a couple still to watch, given how badly Rutgers and Georgia have imploded, are RB Savon Huggins, a (say-it-with-me-altogether) ‘Jersey Boy’ who is supposed to be on the shortlist of best backs in the US this year. If one saw any of the Stanford-Oregon game, you’d see how speed at the RB position changes everything. Then there’s Ray Drew (yet another stud Georgia kid who plays the über-valuable 3-4 OLB position).  Having both hometown schools struggle is not bad. Now if we can just get to the 7 or 8 win mark, it might actually make a difference.

Didn’t’ You Use To Be… Gary Hallberg?

Proving that perseverance is indeed a virtue, it bears pointing out that the PGA’s almost boy wonder circa 1982 (?) and close chum of Biv Wadden’s, Gary Hallberg won a Seniors tournament this past weekend, besting Freddy Couples and Bernhard Langer among others.  Shot a course record or some such.  Yowzer. I didn’t even know he was still alive, professionally speaking. Well done – F Scott Fitzgerald once said there are no 2nd Acts in American life. But there certainly is in American sports. 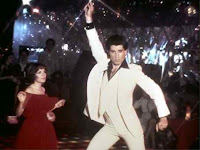 Staying alive, staying alive, ah ah ah… Corrigan-Rasmus-Feifar-Thompson-Behrens live to fight another day.   Sure we can run the table and win 9 games… and pigs will fly. 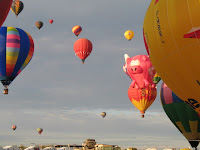 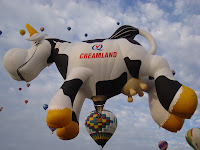 Actually I did I see pigs flying this past weekend  – at the International Balloon Festival in Albuquerque last weekend… and a cow too. So don’t count us out – not dead yet.

So about the 2nd wager…

The specific proposition on the table is this:   up until the Pitt game kickoff (and if you tell me at the tailgater you're making an even bigger wager that I’ll remember), one can purchase an additional option to flip your win-loss prediction.  For example, an original 8-4 prediction become a second 4-8 bet.

It expands the pool and gives most, maybe not all , the chance at a realistic recalibration.  Except for Lini and Marcel who are totally SOL (but honestly, who is really conflicted by that?).

Regardless, after week 6, we’re getting a little late to re-configure the wager and perhaps we just live with what we’ve got.

Literary final thought.
This past week, I read this terrific NY Times magazine article on Franz Kafka, the noted author of the early 20th century.  Now Franz is notable here for a couple reasons:
1. As he began to die of tuberculosis, he asked his best friend to destroy all of his works – leading one to query, “Hey Franz, couldn’t you have also requested all evidence of the Davie-Wiilingham-Weis years to be included in that purge?”

Of course I jest. Actually he could have only predicted the Terry Brennan / Joe Kuharich era to be expunged.  Lucky for us, Franz’s buddy thought better of the idea and held onto Kafka’s writings… and we are a better world for it.

2.  He did, after all, give us “The Metamorphosis” and if one looks beyond the literal story line (traveling salesman wakes to find himself inexplicably turned into an impressively threatening bug, leading to ostracism and ultimately, a sad lonely death) one sees another transformative metaphor relating to ND football.  You don’t always know when change is coming but when it does, look out!  That’s optimism, Kafka-style.

See you at Pitt!