So my daughter Ryan comes home for Thanksgiving this weekend and proclaims that she wants to see our wedding video… so we ‘go to the tape’ as they say (at this point you all should be getting a little nervous) and what pops up but Brian Ward doing a raspy impression of Gerry Faust. This is, after all, 1985 and we’d lost to Air Force that very afternoon. An impassioned Brian / Gerry is imploring his troops:

“Here’s what we gotta do… We gotta pray!  A lot! Because we’re a lousy football team…”

I realized immediately the prescient nature of that film - a moron could see the application to present day – and so I awaited last night’s game wishing I had a better social life. Please, give someone give me an excuse not to watch this debacle. But no, there I was suffering through a 1st half in actual physical pain. 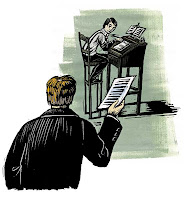 The 2nd half I channeled my inner Bartleby the Scrivener… for those unfamiliar with Herman Melville’s short story – pre-Moby Dick I believe – the aforementioned Bartleby was an odd man that upon his hire, consistently told his employer “I would prefer not” when asked to do anything. Anything. (There is a moral here about doing better due diligence in the hiring process but that’s not my point.) Even upon being sacked, Bartleby ‘preferred not’ to leave the office, being hauled off to jail and ultimately dying of starvation because he – you guessed it – preferred not to eat.

And so, by halftime, I preferred not to watch any more. Hadn’t I given up enough hours of my life this year for this masochism? I later heard we got a first down. That totally rocks. And we nailed a field goal. Sweet.

But even with the short amount of time watching, I still drew a few, ahem, observations:

Honestly, tough to feel too bad about the game. USC’s 2nd team would be a legitimate top 20 program. ND’s defense had, as they’ve been want to do all season, stretches of competence and fight (followed by stunning breakdowns that usually wiped out the previous strong effort). As Mr. Cincotta so accurately stated, it was men against boys and one could only ponder the gulf between our team’s abilities and The Elite.

And it is this last reality that makes this morning really depressing. We all thought we’d be a lot closer. After 12 games, I’m of the opinion that freshman are no longer newbies and sophomores should be looking like assured upper classmen. But it’d be hard to make that assessment this morning of our guys. So what comes next? Firing Weis doesn’t excite me but neither does a ’09 campaign of 8-4 where Mr Castellini does linear regressions quantifying our improvement while Albert / Feifar advocate lining the coaching staff up against the wall…

We’re all waking up to what’ll surely be a week of rampant speculation of Weis. Irish Eyes indicated that Swarbrick has already been in contact with Brian Kelly, Urban Meyer and Jon Gruden so it sounds like Weis in on much thinner ice than I’d have thought even post-Pittsburgh. But realistically, what are the chances of a ‘name’ hire? Perhaps Kelly and maybe he is the new Urban – hell, at this point I’d settle for the new Dantonio.

So is he staying or going - what’s everyone’s guess? For the record, I think he’s staying (although I’m significantly less sure than even a week ago.)

Other bits and bobs:

Ending on a cheerier note, let’s give it up for the programs that are making us proud: