..with another season of pithy commentary. I hope this thrills you as much as it excites me.

Some fast things to cover before the season kicks off.

1.  The Over / Under.  While I lost my sheet with everyone’s wagers on it, here what I recall everyone’s off season point of view. The background:  Terry thinks Charlie should win 10 regular season games but I don’t think he will. Who disagrees? A fairly humble wager… $25 a pop. Right now, I only recall Mr. “All my stats are rose tinted” Castellini taking the counter view but this is your week to change your mind. 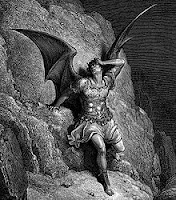 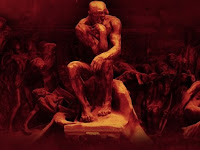 ý  “The Inferno” by Dante Alighieri

ý  “Enemy at the Gates” by William Craig 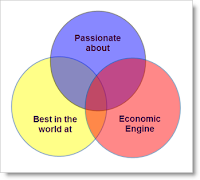 ý  “From Good to Great” by Jim Collins 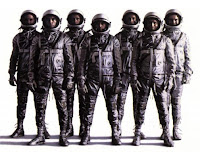 3.  “How Do I Hate Thee, Let Me Count the Ways.”  The year is still young but my list for channeling the power-of-positive-hating begins with Lane Kiffin (the ‘why don’t you earn it first before you pop off so freakin’ much’ award), Rich Rodriguez (the ‘rules don’t apply to me’ award), Matt Barkley (the special freshman ‘The Anointed One’ award) and Jay Cutler (the ‘even by professional standards, it’s all about me’ award).

4. The Weather. Jay, our resident weather savant, indicates it might rain next weekend. So those who are going to be in attendance, bring your ponchos, your wellies and your collapsible tent.

5.  A Dedication. During the off season, I think I wrote you about Buddy, the Corrigan dog, turning 14… big dogs typically just don’t live this long so we were playing with house money, age-wise. Sadly, The House called in its markers last week – we had Buddy put down.  It was a pretty tough summer for him - near constant pain and inability to function in what one would consider a reasonable quality of life.

So, facing the only weekend where the whole family was together until Christmas, we had our neighbor the vet come over and put him to sleep.  Not fun. (If you’ve been through this, you know what I’m talking about.) Buddy’s been a part of our family for 10+ years and there were more than a few times when he was the only one in the house I actually liked – or who liked me. He also kept ND sports in perspective way better than I did. This season has gotten considerably higher risk for me, emotionally, with him not being around. Fare-thee-well, pal.

And what were Bud’s last words, you ask?