One must be mindful that both the Ty Willingham and Charlie Weis eras started off very, very strong indeed – who can forget the SI cover “Return to Glory”… In hindsight, that would amount to premature speculation. So let’s temper Saturday’s victory with that of someone who’s starting a journey.  So far, so good.

And speaking of journeys, who amongst us wasn’t struck by the similarities of this game to Jack Kerouac’s 1951 defining work on the postwar Beat Generation, “On The Road”?  Well maybe not Marcel… but surely the rest of you saw the obvious parallels. The book is a meandering journey involving hallucinogenic drug experiences, casual sex, jazz infusions as the protagonist and his mates crisscross the continent. One might ask while reading the book, “where the fuck is this going?” and yet immediately as the words leave your lips, you realize… holy shit - déjà vu!  The Davie Years!  The Willingham Era!  The Weis Experiment…. My God, I’ve felt the same thing!!

And yet underscoring this literary effort was an almost decade long effort of meticulous note taking and observation by an author about to deliver his magnum opus.  Coincidental parallel to Kelly’s equally prepared apprenticeship, pre-Notre Dame?  I think not.

Noun: a basic principle, rule, law, or the like, that serves as the groundwork of a system; essential part: to master the fundamentals of a trade.

As in "gee, those Notre Dame players seem to have their fundamentals down more than we've seen since the Lou Holtz days..."

Herewith are my observations, in my typical stream-of-conscious fashion, from Game One of the Brian Kelly Era:

Hurry Up – and Wait?!   I loved the pace of the game – Kelly’s offense operates like someone who’s got really good dinner reservations at a place it’s taken them three months to get and they’ll be damned if they’re going to blow the opportunity – but I did find it a bit perplexing that they’d line of super-fast and then there’d be a good :10 - :12 while Crist looked at the sideline and finally got the play underway.  Chalk it up to first game learning curve, I suppose.  And the fact that they were never flagged for a penalty on offense is freaking unbelievable. 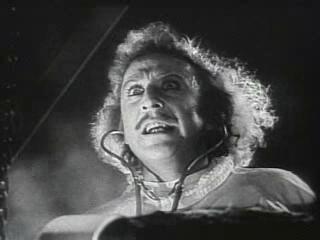 Tackling. There are many lost arts, not least of which is making the perfect martini, vodka chilled just so, vermouth waved over the shaker and olives stuffed with blue cheese accompanying the final product. Form tackling, where one actually wraps one’s arms around the ball carrier is a close 2nd. And I saw more of it on Saturday than I’ve seen in the last 15 years.   And funnily enough, when they did that, the Purdue went down. Fast.  As Frederick Frankenstein would say, “Crazy but it… just… might… work.” 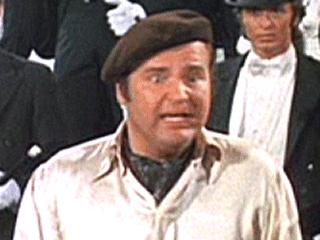 If we were playing Jeopardy and Alex Trebec made the statement, name the most irritating ND football shortcoming over the last 15 years, a reasonable answer – in question form please, would’ve been ‘what is the mediocre kicking game?’  Could our long national Special Team nightmare be over?  Let’s hope so.  And my guess is, we’re going to need a few of these kicks down the road.

Ode to Horseradish.  In honor of this long underappreciated substance, I’ve written a haiku, the Japanese poetry which attempts, in 17 syllables (5-7-5), to distill a topic down to its essence: 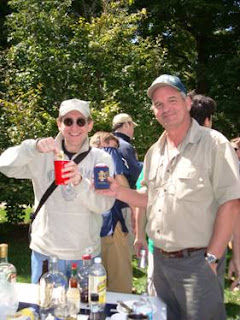 From Beef to Bloody Mary.

Wonder food are you.

“Just shut up, dad, and watch the game.”  The minute after I asked my daughter, Ryan, “hey who’s the dwarf wearing #25 for Purdue?”, said little person, RB Dan Dierking started having a terrific game. For the record, the kid had 9 carries for 56 yards, 5 catches for 28 yards and 1 KO return for 15 yards.  Not too shabby. And oh yeah, he’s taller than I am..

One Is The Loneliness Number. Okay, they had two penalties but up until the 8:00 mark of the 4th quarter, it was a mere one – on the first punt of the game.

“Greed is Good” but Competition is Even Better.  Armando Allen meet Cierre Wood.  Anybody not think that the latter isn’t going to force the former to raise his game?  And if Brian Kelly is really this millennium’s Lou Holtz (as I believe), he’s going to find more ways to get the ball into young Mr. Wood’s hands.  The kid

Robert Marve is pretty good.  He was, after Florida HS Player of the Year… broke most of Tebow’s records… so I don’t think we should dismiss the effort the defense did.
But Denard Robinson looks even better.  Blurry fast and apparently a much better passer than a year ago.  Personally, I’m glad UM won this weekend.  Nobody will be taking them lightly.

Welcome, Mike Mayock. I was – and remain – a Pat Haden fan. I think he’s a terrific hire for a USC program that’s utterly lost its moral compass.  But I was very impressed with Mayock’s calling of the game.  Let’s see how he sounds when we play badly but I thought he gave great insight without sounding like a homer.

Size Matters.  While not wishing to flog the dead horse, isn’t it nice to see a head coach whose fashion designer isn’t Omar the Tentmaker?

“What am I going to do with all these now that Charlie’s gone?!”

And So Does Coaching.   The staff has already proven they’re relentless recruiters (now we just have to win).  Preparation – check.  Putting players at their best positions – check. Running the ball (those 10+ yard runs weren’t flukes) – check. Passing the ball (notwithstanding a couple drops, a couple balls that sailed and the unfortunate Floyd fumble) – check.  Defense – check (okay, they’re not The Steel Curtain). Covering kicks – check. Returning kicks – check.  Hell, Kelly even helped them with their post-game celebrating.  The point is, there just doesn’t seem to be much that they haven’t accounted for. 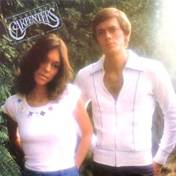 While I was tempted to go with “We’ve Only Just Begun”, we all know how that ended for poor Karen Carpenter.  Not good.  Bad mojo!

So I’m offering up The Eagles’ “New Kid In Town”.  The lyrics just seemed so apropos:

“There's talk on the street; it sounds so familiar
Great expectations, everybody's watching you.
People you meet, they all seem to know you
Even your old friends treat you like you're something new.

Johnny come lately, the new kid in town
Everybody loves you, so don't let them down…”

Tool of the Week.  ESPN… I’m not typically one of those conspiracy theorists re The Media and ND.  The football program is news one way or the other. And when we’re good, everybody benefits, most especially the media. On top of that, Kelly has been masterful in working with those guys. Which makes the piece below even more mystifying:

The Bet.
With Al casting the final vote, here’s how we stand. Ted has begun to collect money... $500 total pool.  And there was much support for some sort of tie breaker – perhaps we can arrive at something clever on Thursday night.

And so it begins. Meee-cha-gan Week.  Part II of the Corrigan Family Feud (daughter Ryan, senior at Purdue, daughter Shea freshman at Michigan) -  I love ‘em but I want to bury their school’s football teams.  My liver gets two days to dry out before it’s back on the horse….