The following was written by someone who waited 29 years for the Green Bay Packers to return to prominence after initially undying fealty to Vince, Bart, Paul et al an impressionable 10 year old… so everything below needs to be taken with that in mind…


Used in a sentence:  “Terry’s mom told him that he needed to persevere as ND’s football program worked their way through the inevitable growing pains of a new system.”

First off, we welcome Dr. Spittler to the distribution list, he of enormous Hudson OH celebrity and modest golfing acumen. Actually it’s only because of his too-cool-for-school wife that anyone pays him any mind,  but as the same could said for everyone on this list.

Secondly, this week we introduce a potentially reoccurring character, my friend, Kenny From Helsinki.

And while it’s true that I do enjoy a richly, nuanced fantasy life, I’ve largely* sworn off the invisible companions. That’s so 90’s anyway.

Kenny From Helsinki (KFH to this group) is real, a close family friend from our days in Milan... in town on business this past week and watched the game with me. Knowing absolutely jack about the sport, he brought a unique perspective, not unlike an extraordinarily articulate infant. Or Kenny from South Park.

*I am not giving up my imaginary Thai masseuse.

Game Observations.
Herewith are my impressions w KFH. And switching things up a bit, the following provides a stream of conscious chronological recap of Terry & KFH watching last evening’s competition…

2nd Quarter
•           Ian Williams is looking more and more like a player. Tough kid.
•           Kelly turns down a 10 yd. holding penalty, putting MSU in an achievable 3rd and 8.  They don’t convert but Terry wonders for the 2nd time about Kelly and his decision making. There’s gambling… and there’s reckless.
•           Another 5 yd penalty for not getting the play off in time; should be begin to call our QB ‘Delay-ne’?
•           Theo Riddick starts to get involved in the game.  Alert the media.
•           Michael, Michael, Michael…  Floyd fumbles in the red zone.
•           Manti! Manti! Manti!  Teo blows up a running play.
•           Knife Edge, part I: Dayne gets greedy, ignores a wide open TJ Jones short and throws into triple coverage, wiping out at least 3 points, more likely 7. Son of beeetch.  Sheeeet!
o          Do the MSU players ever shut their mouths?
•           Dr. Pepper commercial with a midget Kiss band.  Terry gets a much needed infusion of levity.
•           Knife Edge, part II: MSU immediately marches the length of the field like a hot knife through butter. Terry wonders about the Nature of Momentum for the 3rd straight week.
o          Perhaps more analytically, he wonders whether fatigue is the underlining issue with this group – they hold it on the road for reasonably solid stretches then bam! Our fast twitch offense probably doesn’t help them much in this regard.
o          Do we just not have all the horses to keep fresh and rotate? 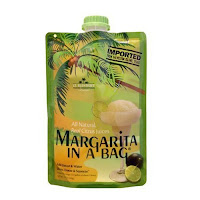 •           Lisa announces the purchase of a grocery store innovation, “Margarita In A Bag” where one fills said bag, pouch actually, with ingredients to the specified level, shake and freeze for three hours.  And voila! the concoction is ready, making a 1 liter worth of happiness!  Terry & KFH rejoice.

•           After his 2nd one, Terry proclaims it the New Product of The Year and begins to quiz KFH on what’s he’s learned after watching American football for two hours. He’s a surprisingly quick study – who knew the Finns had such aptitude for any sport not involving ice? 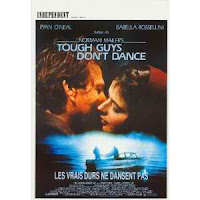 Summary note:  Vincent Canby, the noted New York Times film critic once wrote about a Norman Mailer-based movie,  “Tough Guys Don’t Dance” that the actors didn't have an easy time of it but “they all seemed to be having a ball, playing out the author's violent fantasies and saying lines that teeter on the knife-edge between literature and lunacy.”

A knife’s edge between literature and lunacy – that pretty much sums up the thin line that this football team walks on.  Rarely ‘average’, they’re either hugely efficient or distressingly incompetent. Coolly productive for significant stretches at a time, moving the ball and stopping the opponent’s. Then along comes a communication breakdown, a loss of concentration, a poor decision… and bam!  Disaster. And with it goes confidence and momentum.  Call it bad coaching. I choose to believe it’s the learning curve.

Accordingly, I was more than a little taken aback by the suicidal sentiment of the ND message boards so far this week. Disappointing loss? Absolutely. But Armageddon Time?!  Please. This team is a very solid work-in-progress, genuinely getting better each week… undermined by insufficient depth on the defensive side of the ball.  But if that isn’t sufficiently solid rationale for you, try this:  if they don’t turn the ball over the last two weeks, they’re 3-0. Simple as that. And other than the inexplicable Floyd gaffes, it’s pretty much the result of guys who simply haven’t played on this big of a stage. They’ll get better.

Further food for thought: check out the performances of the new QB’s at Florida, Texas and Oklahoma, the replacements for Tebow, McCoy and Bradford – none of them are consistently lightening it up. They’re just surrounded by 21 other guys who’ve been a) doing it before and b) doing it in the same system for the last several years.

Song of the Week.
The seminal west coast punk band, circa ‘70s and ‘80s, was ‘X’. Led by lead singer John Doe, co-singer Exene Cervenka and prototypical lead guitarist Billy Zoom, these guys defined rock. Head to head, they’d make Ted Nugent cry for his mommy.   But “See How We Are” was something of an exception to the rule. A good ole fashioned social protest song – a ballad actually – Doe rails against the failings of society… the song lays out an America as it really is, not as we wished to believe it. It’s a great song – give it a listen. The parallels with ND football are obvious.  See how we are, indeed, warts and all.

Book of The Week
Keith Richard has released his autobiography, ironically titled “Life”.  Ironic (at least to me) because if anything, shouldn’t the book be entitled “Lives” – as in ‘this guy has more lives than a freaking cat’?  Apparently – and this is ironic – the book also contains tips on healthy living. Like avoid cheese.  So now I'm frightened, given my diary product dependency. Because knowing what that guy has ingested over the years, if he finds cheese terrifying, what can it mean for me, a card-carrying Cheese Head?

About Character.
A few of us shared an audio clip of ex-Raider great George Atkinson talking about his sons’ commitment to Brian Kelly and ND.  He repeatedly stressed the importance of the degree and how proud he was of their ability to both play football at a high level and academically qualify at a school of Notre Dame’s pedigree.

The interview lead me to ponder the nature of character – and ultimately, the ‘character actor’.  Someone once described character actors has the guys whose parts don’t get names and never get to kiss The Girl - but you always remember their faces and their performances.  In the case of Harold Gould, who died last week, he was Martin Morgenstern, Rhoda’s father in “The Mary Tyler Moore Show” and “Rhoda.” He was the crime lord Honore Vachon on the original “Hawaii Five-O.” He was on “The Rockford Files,” “The Love Boat,” “Gunsmoke,” “I Dream of Jeannie,” “Get Smart,” “The Golden Girls” and dozens of other shows better and worse. My favorite was his role as a grifter in “The Sting (below, 2nd from the left).

Every cast – or team – needs members that know their roles and contribute even when they know the crowd isn’t necessarily going to know their names. Like Ian Williams. Or Braxton Cave.  Or Harold Gould.

Tool of the Week
1.         Pete Carroll – who upon hearing about Reggie Bush’s forfeiture of the Heisman Trophy talks about it as a ‘teachable moment’.  Huh?  Teachable how? How to skip town ahead of the sanctions?
2.         Reggie Bush – I’m still not admitting nuthin’…

Schadenfruede Winner of the Week
I had to go the NFL ranks – no one of genuine importance lost in the NCAA and I just couldn’t bear to pick on my Iowa Hawkeyes – so this award goes out to the Minnesota Vikings (going 0-2) and my man Favre (throwing 3 INTs). How’s that no training-make-the-team-beg-me-to-return thing working out for you, Brett?  A close 2nd would be the Cowboys… don’t print those Super Bowl tix just yet, Jerry Jones.

In defense of Cupcakes.
Have we ever explored moving a couple of these games a little later into the autumn and starting with the Western Michigans?!

Recruiting Buzz.    Another week, another monster commitment at a position we are historically inept at attracting top talent.  Georgia DE Stephon Tuitt gave Kelly his commitment, stressing how blown away her was. Suck on that SEC!  Now if we can just get a couple hotshot safeties to complete the class…

“Is That a Bat In Your Chest or Are You Just Happy to See Me?!”
Chicago Cub Tyler Colvin is impaled by a broken bat (of the maple variety for those keeping score) in Sunday’s game – check out the link below.  Why is this relevant to anything?  Well ex-ND footballer Jeff Samardjiza was pitching and in the on-deck circle at the time.  And the winning pitcher, I might add.  Talk about taking one for the team… yikes.

“Au revoir, gopher.”  As well as Mssrs. Castellini and Marcel from The Winner’s Circle.

Matt, Jerry and Ted, you're on the clock.

Jerry, Dennis and Gordo – your predictions are looking very strong right about now. And it should be pointed out that the moniker ‘Albertville’ was never meant to be a disparaging term – after all, a winter Olympics was held there.  And the French analogy is appropriate one in this case too as most of us would probably agree it’s a town we’d rather watch on TV than actually visit.

Also, we’re starting to collect funds for this… I’ve begun to bold names below that I know have paid. Ted and others, let me know whom I've missed as I certainly wasn’t paying attention to these efforts at the past tailgates. (Theo, I've got Ungie’s money.)

We’ll see many of you this week at the Stanford game.  I don’t know if we’ll win… maybe not… probably not… but these guys look to me like they’ll hang tougher than perhaps many think they will.