First off, there’ll be no homage to the Alan Thicke series of the ‘80s which, sadly, also gave us Kirk Cameron although as a side point Brad Pitt did appear in two episodes thus proving everybody has to start somewhere. 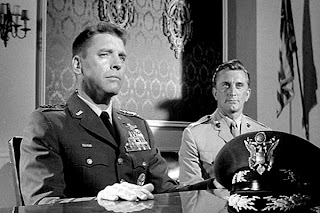 Waking up on Sunday morning with one of those ‘did that really happen’ thoughts hovering over my head about the past several days, a flashback to a film, circa 1962, hit me: “Seven Days In May.”  Sparing you the tedious details (and possible treasonous thoughts for you Tea Partiers), the movie involved an ultimately failed coup by senior US military command against its president just because they thought his plans for a treaty with cold war Russia was, well, misguided.

Fast forward almost 50 years for its sequel, “Four Days In September” which follows a band of well intentioned-but-equally-misguided 50+ yr olds who attempt a coup against age, reality and common sense.  With similarly disappointing results.  The difference being these latter day patriots a) weren’t thrown in prison (yet) and b) had significantly more fun.  Witness the chronology: 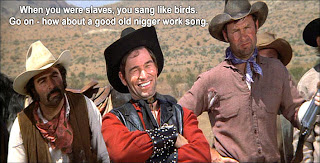 On the 1st tee of Conway Farms, our host attempts to recreate a scene in Blazing Saddles by asking a large African American worker what music he likes. Even though the guy congenially plays along (he liked ‘jazz’), Jerry questions him further about Motown and begins to belt out a tune while he’s hitting his drive, crushing the ball and bisecting the fairway.

Impressive.  Those of us watching the spectacle (with equal parts astonishment and the titillation from the expectation of something really bad about to unfold) knew that the rest of the day was probably not going to be ‘business as usual’.  It wasn’t. 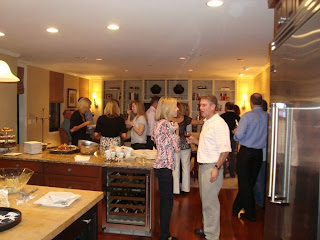 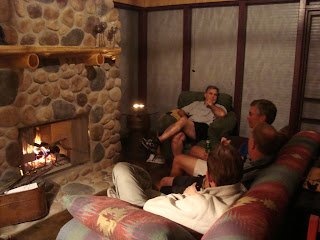 Let me understand this, Jerry, it’s Ungie’s rental car – though we don’t actually know where he is – but it’s in your name?   Plus the car is in your possession.    And you’re worried about how you're getting to the airport Sunday?!

Oh yeah, and we also played a football game.


Word of The Week.
absurd  / /  [ab-surd, -zurd]
-adjective
1.  utterly or obviously senseless, illogical, or untrue; contrary to all reason or common sense; laughably foolish or false:  an absurd explanation.
-noun
2.  the quality or condition of existing in a meaningless and irrational world


I loved that class.


At any rate, here's to you Mr. Robinson, you're a special athlete. But a 'fun fact' and an equally sobering one for Michigan fans, is this: he's already carried the ball 57 times in the first two games. 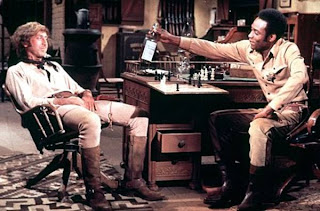 Sheriff Bart:  A man drink like that, he is going to die.

When indeed. Denard would seem equally doomed. He’s 6’0”, 193 lbs… and he’s gonna carry the ball 340 times?  Doubtful. But hey, it worked out okay for The Kid, maybe Denard is Destiny’s Child.

But here’s the deal. I don’t think Rich Rodriguez is in long term planning mode. So Denard’s health isn’t probably at the top of his priorities. Hell, he’s already got his clone as a freshman, a kid named Devin Gardner, who’s supposed be his near equal. (Uh, Tate Forcier, I wouldn’t be holding your breath about that starting position.) 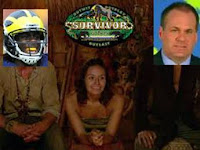 “Denard, what say you and I make an alliance… you run your ass off, probably get broken in half before Thanksgiving but we win 8-9 games and I get to keep my job, okie dokie?”

But back to that pesky game on Saturday -  a few fast observations for everyone to chew on and react to:

1.     Not Quite Ready for Primetime.  Our defense wasn’t as fundamentally sound as Game One, had some unfortunate communication breakdowns and didn’t take advantage of the few turnover opportunities they had.  But… they didn’t play that bad.  Offense put them in some really bad spots and come the 2nd half, they actually made adjustments.  Shocker!  They play hard. They don’t give up. You can tell they're still a few athletes shy of being really good. And as an aside, I found it fascinating how the D fed off the Offensive’s performance, both good and bad.

2.     Never Gonna Be Ready for Primetime.  Nate Montana. Genes only take you so far it would seem.  And not to kick a man when he’s down but… if you throw the ball to Riddick’s other shoulder (at the end of the 1st half), he scores. 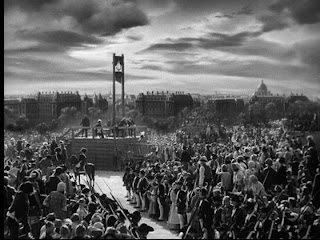 3.     A Tale of Two Kicking Games.  “It was the best of times (for ND), it was the worst of times (for UM).”  And how cool is to think Michigan’s flawed kicker was actually named Sidney Carton, like the flawed, tragic figure of Dickens French Revolution tale. I was so hoping that when he shanked the potential game winner, he would've said something like “It’s far far better thing I do than I have ever done before… “ to the cheers of the partisan ND crowd.  Of course he didn’t have to kick anything more than a PAT and I totally made up his name.  I have no idea what the hack’s name actually was.

4.     Hindsight Is 20-20 Dept., Part I.  Robinson was a great athlete but his long ball touch was never there. Why we played so soft and let him play pitch ‘n catch – especially on that final drive – was a bad idea.

6.     The Decision.  Personally I didn’t have a problem with going for the TD at the end of the 1st half. Things were looking bleak and Crist’s return was far from certain.  But then again I had been pounding Bloody Mary’s and was mildly disoriented from Peter’s chili. So perhaps I’m not the most credible of ‘go for it’ advocates.

7.     Mike Mayock, Part II.  I liked him last week and was really interested to see how he’d be when things didn’t go so well for the Irish. I was pleasantly surprised. I thought he was very professional and very accurate, especially regarding how soft our CB’s played.

8.     “Act Like You’ve Been There Before.”  So said Lou Holtz about scoring.  TJ Jones, you first have to actually get there before you do your thing.

9.     Armando. Don’t know what his stats were but he’s tough as nails and is becoming the most dependable guy on the offense. As much as I like Cierre Wood, AA is the right guy to be starting. 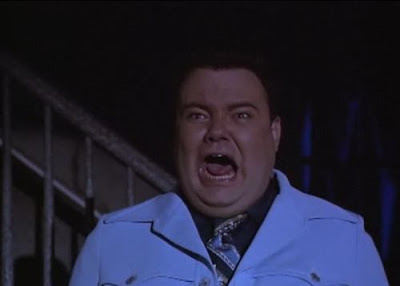 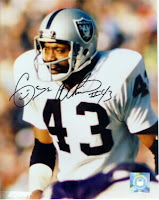 Recruiting Buzz.    How cool is it to have picked up commitments from this guy’s twin sons?

Song of the Week
Playing golf w Albert on Friday, he reminded me of one the great anthems of hack golfers everywhere, at least in the 80’s, “Dude (Putts Like a Lady)”. And actually, given the green speed on the two courses we played, it was more like Dude (Putts Likes a Blacksmith).  Nevertheless, this week’s musical shout out goes to Aerosmith:

Tool of the Week
Darrelle Revis – you hold out with three years left on your contract… your team’s mgmt caves and gives you a sweet (and lucrative) extension. So you wait a whopping 10 days before declaring that if the next two years go as well as the last, you’ll hold out again.  What a tool.

Schadenfreude Winner of the Week.  Take your pick… Penn State (someone will have to tell JoePa they lost), Miami (I got your “The U” right here), even USC (17-14… over UVA, really?)… but the winner has got to be Boise State.  Va. Tech gets rocked and that’s your big-we-belong-in-the-BCS-conversation win?  Lose the blue field and we’ll begin to think about taking you seriously.

Okay, basta.  No time for feeling sorry for ourselves, we’ve got a pretty daunting four game stretch:  MSU – Stanford – BC – Pitt… honestly, if we go 3-1, I’d be pretty happy.

Great seeing you all this past week.  I’ve got a ton of pictures that I’ll try and figure out a way to post to an ftp site.