“Find me a find. Catch me a catch.
Matchmaker, Matchmaker look through your book,
And make me a perfect match…”

Let me start this, the (likely) final report of the football season, by saying I don’t know shit about football. Truly, the amount of quality knowledge that I have could fit in a thimble. But it doesn’t stop me from making absolute proclamations like “Jon Gruden would be the worst hire ever”. At least, however, I caveat it by acknowledging the dearth of substance behind such opinions.  “Idiot, thy name is Terry.”


No such luck when it comes to the cyber-world.  Not only does everyone have an opinion, theirs are THE ONLY OPINION THAT’S CORRECT.  Now, admitting that I do read some ND football-related message boards – never commenting – is better than copping to being a Pauly Shore aficionado (I’m not) yet I still feel a little dirty…

But here’s what I’ve gleaned from cruising the seamy underworld of Notre Dame Nation:

I.  The next week is going to be painful.  The national media will tee off on how irrelevant ND football program has become. Accurate search news will not move as fast as everyone wishes. Expect a lot of disinformation that’ll span the gamut of teases and torture. And probably a few high profile, semi-humiliating public rejections. And all of it, factually speaking, will be tough to refute.

Oh the humanity!  Which brings us to…

II. There isn’t a single head coach candidate that everyone will agree on. 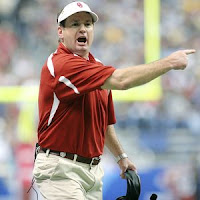 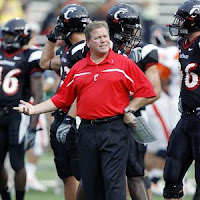 The Likely Choice (and yet...) 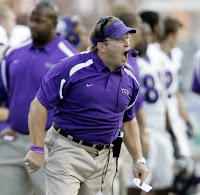 The Dark Horse You Won't Hear About Until He's Announced.

The 2nd Coming of Pete Carroll... Or Charlie Weis? 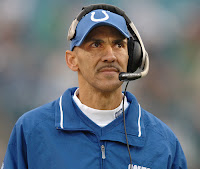 For his sake, I hope not. (Why would he put up w. entitled tools like us?)

III. Captain Jack will come through because he’s been preparing for this moment his whole life. Okay, for maybe a year. Almost. (I’m assuming there was no other question asked in his AD interview.)

And I’m not buying ‘we haven’t contacted anybody’ routine.  He’s a lawyer. And how does one know when a lawyer tells a  lie?  Their lips are moving.


Game Thoughts.
Objectively, it was really entertaining wasn't it? And the poetic symmetry of having Young & Duncan give up the key sacks – Sam didn't even get out of his stance! – was too fitting as an ending.

But I couldn’t help thinking, that wasn’t a game – it was an audition!  For the next coach… for the NFL...

But ultimately, who cares? Sadly, any specific commentary would only repeat the same observations – good and especially bad – we’ve been making all year. And it’s all gonna be under a different regime next year anyway (particularly, thank God, the special teams – who did we think Stanford had back for kickoff’s, Devin Hester?)

So goodbye, Charlie. And goodbye, Jimmy. And probably you too, Golden.

Toby Heisman. Clearly, what this decade has shown us is that if you want to win the Heisman trophy, play Notre Dame in the final game of the year on national TV.

In Praise of Charlie.  Lest anyone think the program isn’t better off now, here’s what the ‘experts’ were saying about ND football five years ago:

In my humble opinion, Big Chuck has pretty much dispelled all of those as myths.  Sadly, what he also hasn’t dispelled is that coaching and emotion matters.

Ironic Corrigan family moment as we recognize the latest changing of the guard: Rewind 5 years ago… when Charlie got named coach, the Brothers Corrigan made a bet on whether ND would achieve Top 10 status in the next 5 years. Tim, the Smart One, took the negative side. The other 3 of us, said yes.  The wager was a bottle of one’s preferred wine, $100 maximum. That very first year, they snuck in at 10th in one poll. And that’s all it took to win.

Bummer, Tim, over the long haul you were correct.  Now about that Chateau Neuf du Pape you’ll be getting me…

Schadenfreude Winner of the Week.  Sorry, Jerome but this week it’s the Giants. Losing to Doogie Howser’s Broncos. Normally I’d been cheering for you but The Pack, at least for a couple weeks, are in the Wild Card race and you're the enemy.

What will we talk about now?

Beats the hell outta me. It won’t be the men’s basketball team. Not only are they mediocre (at best), watching them is like watching paint dry.

Recruiting perhaps – will the present class hang together?  Will there be a bounce if a marquee coach is named?  Let’s see…